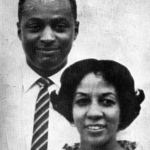 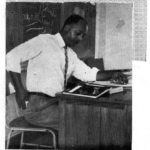 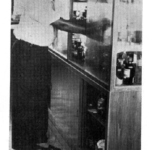 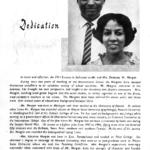 Dempsey Wesley Morgan Jr., Tuskegee Airman, 93, of Roanoke, Virginia passed away on Thursday, April 11, 2013, following an extended illness. A native of Detroit, Michigan, he was born on March 1, 1920, the son of the late Dempsey Matthew and Pope Morgan.The impossible tasks of attempting to place the global experiences and influences of First Lieutenant Dempsey Morgan into a few words or even a few pages is an impossible one. First Lieutenant Morgan is most famously known in recent years for his stellar performances as a member of the 332nd Fighter Group and 100th Fighter Squadron of the Historic Tuskegee Airman. During his four years of service he received numerous citations including the Certificate of Valor, Bronze Star, Air Medal with Four Oak Leaf Clusters and Distinguished Flying Cross. He was also given a license to fly commercial planes upon leaving the military, but was unable to do so because of discrimination. In 2006, he was awarded a doctorate in Public Service from Tuskegee University. A year later, President George W. Bush awarded the Congressional Gold Medal of Honor to the surviving Tuskegee Airmen. Upon his acceptance of the Bahai Faith after leaving the military he was determined to spread the message of peace and did so with his wife, Adrienne for the next 40 years abroad in Asia, Africa and Central America before returning to America for health reasons. Here he continued to teach the principals of the Bahai Faith until his passing. In his words: ?I fear no man, only God and I said the 23 Psalm every morning and thanked God every evening. He is survived by his wife; three daughters and several grandchildren.