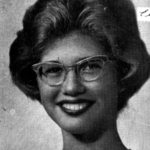 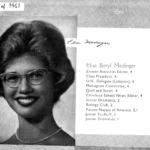 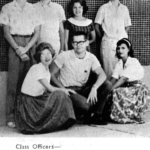 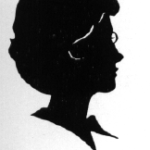 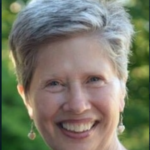 Louisville – Beryl Elise Medinger died at home on December 3, 2020, from metastatic bladder cancer. She was 77. She was born in Baltimore, MD on June 16, 1943. She was an Army brat, living in Virginia, New Jersey, Kansas, Germany, and Thailand, where she graduated high school from the International School of Bangkok. Unlike her siblings, she hated moving so often, which may explain why she spent her last 48 years in the 40206 or 40207 zip codes.

Elise received her undergraduate degree from the College of William & Mary, and her Master of Social Work degree from Virginia Commonwealth University. She had a long career as a clinical social worker, primarily in her private psychotherapy practice. In her early years, she also worked as a therapist at the Bingham Child Guidance Clinic, the Bellewood Home for Children, and in several Catholic schools. She served several terms on Kentucky’s State Board of Social Work.

Elise retired for several years in her sixties, during which she volunteered for Habitat for Humanity, and Raptor Rehabilitation of Kentucky. She ultimately found herself with too much time on her hands, perhaps because most of her friends still worked, and — saying that she had failed at retirement — spent her last ten working years at the VAMC Pain Clinic, providing therapy for veterans coping with the mental health aspects of chronic pain. She retired again at the end of January 2020, and — between the pandemic and bladder cancer — failed retirement once more.

Raised Lutheran, she was attracted to pacifism and attended Quaker Meeting for years, but never was comfortable with notions of a savior. She eventually was drawn to liberal Judaism because of its focus on ethics and study, completed the Melton Course for Adult Jewish Education, and converted to Judaism in 2003. She was a member of the Temple, Women of Reform Judaism, and the National Conference of Jewish Women. She came to love Jewish music in the minor key that she at first found so strange.

Elise was a voracious reader, nurturing her quick mind, keen intellect, and innate curiosity with a wide range of genres and subjects. She loved to travel, maintained an active yoga practice, stayed fit and active through cycling, walking, and strength training, and took pride in completing several sprint-length triathlons in her mid-forties. She loved Leonard Cohen’s music, and was thrilled to attend his Louisville concert several years ago. She was a feminist before she knew the term, thinking that there was something wrong with her because she couldn’t lead her mother’s life. That strength kept her from marrying badly when young, and was instrumental in making her marriage — she finally married at age 42 — long and happy.

As the first-born of four children, Elise could be bossy, and worked hard to constrain her impulse to help friends and family do and think the things that Elise knew to be right. But doing that work, and succeeding in that effort, characterized Elise’s core: she set high standards, strove to meet them herself, and honored and respected the efforts of others to be the best versions of themselves. It allowed her to become close friends in her adulthood with her three siblings, whom she adored; it was at the root of her close and loyal friendships, happy marriage, and deep, rich, family ties.

Elise received stellar care for her bladder cancer for a decade from her urologist, M. Brooks Jackson. As she chose, she was able to live her last months at home, swaddled in the love and affection of family and friends, and to die there peacefully, thanks to the care and comfort from staff at Hosparus,and Home Instead.

Elise will be buried in The Temple Cemetery after a short graveside service on Sunday, December 6th, at 1:00 p.m. Given the state of world health, only family may attend the service and burial in person. It will be streamed live, however, and all are welcome to join online at www.facebook.com/hermanmeyerson . There also will be an online memorial event within a few days of Elise’s burial. Visit the Herman Meyer & Son, Inc. website, www.meyerfuneral.com for more details. Please consider contributions in Elise’s memory to organizations she valued and supported: Habitat for Humanity, Amnesty International, the Heifer Fund, World Bicycle Relief, or Louisville Central Community Center.