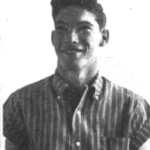 My name is Jane Whitcomb, widow of Jim Whitcomb. I am writing to tell you Jim Whitcomb deceased 3-16-21. Jimmie grew up as an Army brat, traveling so much he never stayed in one school for over a year. When his father gave him a Brownie camera he turned to photography as his best friend. Photography became his hobby when he found himself in Bangkok, Thailand where he graduated from high school. He had freedom to explore a beautiful tropical wonderland and the opportunity to travel deep into the jungle to meet Dr. Doolittle at his hospital. After high school when his father returned to the USA he joined the Army. His hobby became his vocation as he documented the Vietnam war for Stars and Stripes publication. After Vietnam he worked for OSHA Ariel mapping the US. That led to a job at Zinkgraft Photography in San Antonio, TX as a commercial photographer. He had the great honor to be the photographer at Hemisphere World Fair meeting and documenting in photos major events, dignitaries and super stars.

That led to a job at KLRN TV Station Austin, TX which at that time was owned by Lady Bird Johnson. He was frequently at LBJ Ranch photographing world dignitaries and State Department events alongside Lyndon Baines Johnson and his family. At the time he was commuting from San Antonio to Austin and that was hard on a young and growing family. He found it necessary to move closer to Austin.

About the time of the move he was offered a position with Texas Parks and Wildlife as Photo Editor. Traveling and photo documenting flora and fauna alongside biologists and naturalists was his dream job. He traveled the State of Texas exploring every wonder of nature the State offered. But again he was away from his family so when an opportunity to open his own studio and lab, Image House and Whitcomb Photography, in Austin, TX that became a reality.

In the 1980’s the Austin economy took a downward turn. He was forced to close his business and relocate to Houston, TX as the Director of Photography for United Jewelers. When they closed their doors he moved his business to a well established printer in Houston, TX. About that time digital photography was coming into age. He self-taught himself in the early days of digital and was asked by SONY Corporation to test market their new LEAF commercial digital cameras. He was the US product tester for digital cameras and was first in his field again. He became the LEAF camera consultant and trainer for major companies including Lucky Grocery Stores in California and Kroger in Houston, TX.

One of his major personal projects was ‘PAINTED CHURCHES OF TEXAS’ exhibit that ran November 19, 2016 through March 5, 2017 at the UTSA Institute of Texan Cultures which showcased Jimmie’s photography of more than two dozen intricately painted 19th century churches built by immigrants from Germany, Czechoslovakia, Austria, Poland, France, Spain, Mexico and beyond. Using technology developed for NASA’S Mars Land Rovers, large-scale Gigapan photography, of the painted churches of Texas which revealed astonishing details of Texas’s rich history of immigrant artistry.

Jimmie has published ‘A GUIDE TO PAINTED CHURCHES OF TEXAS,’ A Photographers Journey, Volume #1 with 10 Churches by Jim ‘Whit’ Whitcomb and Jane Fanick Whitcomb.

To send a flower arrangement to the family of Jimmie Whitcomb, please click here to visit our Sympathy Store.