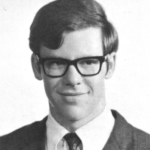 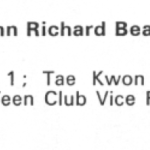 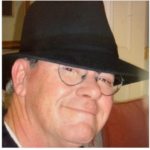 John Richard Beach, 68, of Columbus passed from this life on Friday, May 22, 2020 at 3:54 a.m. at Columbus Regional Hospital.
John was born on May 26, 1951 in Philadelphia, Pennsylvania the son of Robert Kimber Beach, Sr. and Edna Grace Heiser Beach. In 1984 he married Phyllis A. Stahl.

John lived in Pennsylvania until 1967 when his family moved to Thailand; he enrolled at the International School of Bangkok. He was then able to spend a summer in Japan with missionary relatives. John graduated in 1969 from ISB and took a long return to the United States with family by way of Greece, Geneva, Frankfurt, Berlin, Zurich, Cologne, Amsterdam, and London. He attended one semester at Bob Jones University in Greenville, South Carolina, before enrolling in journalism at Kellogg Community College in Battle Creek, Michigan. At Kellogg, he was named managing editor and later editor of the school’s newspaper. John then transferred to Michigan State University from where he graduated with a degree in broadcast journalism. While there, he was a DJ at a local radio station and hosted his own show. In 1974, John enlisted in the US Army and was sent to Fort Knox, Kentucky for basic training. His assignment was to Fort Benjamin Harrison in Indiana for Advanced Training in Radio/TV and Journalism. He became the editor of the Harrison Post newspaper and served on the Military Honor Guard; he was honorably discharged. John then worked for Representative Dave Evans on the Hill in Washington, D.C. In 1978, John moved to Columbus, Indiana to work for The Republic, first as a police reporter and then as a copy editor. In 1983, John went to work for the Army Times in Washington, D.C. as a news editor. In 1984 John married Phyllis A. Stahl. John and Phyllis moved back to Columbus in 1988 and purchased Carrico Furniture from Phyllis’s father, Ray Stahl. They owned and operated this business until 2007. John retired, but continued freelance editing.

John was a member of the American Legion and attended St. Peter’s Lutheran Church in Columbus. His interests included, but were not limited to, history – especially government, war strategies, and the Civil War; collections of coins, albums and other memorabilia; reading, photography, music, the Outer Banks of NC, rum & coke, and dark beers. John brought levity to most any occasion, and enjoyed telling jokes and witticisms to keep friends and family laughing or groaning. John was deeply devoted to God, USA, and family – especially his sons.

John was preceded in death by his parents.
In keeping with John’s wishes cremation will take place and a Celebration of Life will be held at a later date. Services were entrusted to Barkes, Weaver & Glick Funeral Home.

Memorial contributions may given in memory of John to Samaritan’s Purse or charity of donor’s own choosing, in care of the funeral home.
Online condolences and special memories may be shared with the Beach family at barkesweaverglick.com.