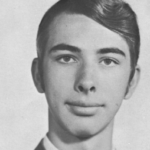 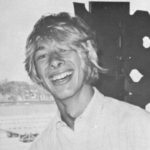 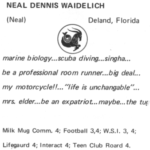 It is with a very heavy heart that my family and I say good bye to my brother Neal Waidelich class of 1971.

He had the best time at the last 2 reunions. I want to thank his friends that shared his past memories in Thailand and created many new memories for him.  He had a big heart and would do anything for anyone. 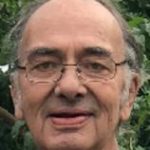 Neal Dennis Waidelich, 66, passed away June 3, 2019. No memorial service is scheduled at this time.

Mr Waidelich was born in Belo Horizonte, Brazil. He moved to DeLand in 1957. In 1966, he and his family moved to Bangkok, Thailand. Neal graduated from the International School Bangkok in 1971. While in Thailand he developed an interest in collecting Asian antique. After graduation, he lived in Hawaii for a few years going to school and working security at the airport. In 1976 he moved back to DeLand and began working for Caulkins Electric. He was always willing to help a friend if they needed it. He is survived by his daughter, Delaney, his mother Elaine along with his sister, Claudia and his two brother, Ron and Jeff.