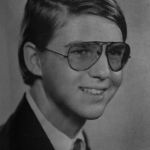 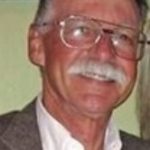 Paul was born on Valentine’s Day 1955 and left us all too soon on the Winter Solstice, 2017. Paul was born in Mt. Clemens, Michigan and lived in several states and countries while his father served in the US Air Force. He spent his teenage years in Bangkok, Thailand, and attended the International School of Bangkok where he made many life long friends. After returning to the United States, Paul joined the Navy in 1974. While stationed in San Diego aboard the USS Constellation, he met his wife Sue, and they married in 1980. They settled in La Mesa, California and lived there while Paul attended San Diego State University, earning a Bachelor’s Degree in Business. Combining his fascination with computers and his marketing skills, he worked as a salesman in the younger years of the technology industry, and was a top sales representative for Sun Microsystems from 1990 to 1995. Paul and Sue relocated to Santa Cruz, where he decided to make a change in his life by becoming a small business owner. In 1997, he purchased “A Sign ASAP” in Scotts Valley. He loved the creative aspect of making signs and enjoyed meeting other business owners. Paul’s quick wit and sense of humor helped him to connect with people throughout his life. Paul enjoyed playing golf and was frequently seen at the Pajaro Valley Golf Club. He was also a talented musician. His tender voice blended beautifully with his guitar. He loved nature and animals, and was devoted to the pets he raised with his wife, Sue. He will be greatly missed by those who knew him.

Paul is survived by his wife, Sue Dunn, his mother, Caroline Fuelling, and his sisters, Lynda Fuelling and Christine Johnson, and his dog, Babe. A memorial service celebrating Paul’s life will be held at St. Andrew Presbyterian Church in Aptos, CA on February 10, 2018 at 2:00 p.m. In lieu of flowers, the family asks that you make a donation to Hospice of Santa Cruz.