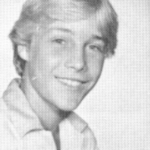 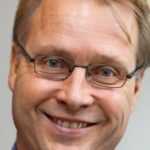 Leipzig University mourns Crister Garrett (56)”
The longtime director of the Leipzig Institute of American Studies, Professor Crister Garrett, passed away on Wednesday evening at the age of 56. The LVZ learned from family circles. Garrett was a sought-after and valued expert on transatlantic relations throughout Germany.

Professor Crister Garrett in Leipzig. Source:  Andre Kempner Leipzig The University of Leipzig mourns the longtime director of the Institute of American Studies , Professor Dr. med. Crister Garrett . The widely known and respected professor of American culture and history died at the age of 56 on Wednesday night in the presence of his family suffering from cancer. His wife Claudia and his two daughters were with him until the end. “We will miss him so much,” said the LVZ widow.

University deeply affected: Rector Schücking : Lost too soon one of our most popular and well-known professors “The university is deeply affected,” said its rector Professor. Beate Schücking . ” Far too soon , with Crister Garrett, we lose one of our most popular and well-known professors. Personally, I have greatly appreciated him, both his professional and his human qualities. My sympathy goes to his family, especially his wife and daughters, “said the rector. The University of Leipzig owe a lot to Professor Garrett , “he was in many ways our ambassador who tirelessly campaigned for international friendship and mutual understanding on both sides of the Atlantic , which is more important today than ever. We will miss him very much! “

Even US Consul General Timothy Eydelnantmourns:  Crister was a warmhearted man and brilliant mind. The Leipzig US Consul General Timothy Eydelnant also told LVZ that the death of Crister Garrett hit him and his colleagues deeply. ” Cristerwas a warm-hearted person, a brilliant mind and a close ally in the drive for a strong transatlantic relationship. He leaves a big gap. We are in the thoughts of his family and wish her much strength for this difficult time. “Source: Andre Kempner

Garrett came to Leipzig in 2003 as a professor:
At the age of 41, New York born Crister Garrett came to the University of Wisconsin in 2003 as a visiting professor for international and European studies at the Leipzig Alma mater. “A great Chair occupation”, already enthused the then Consul General of the USA in Leipzig , Fletcher M. Burton , and was pleased that Garrett strongly began to improving transatlantic relations. Already his inaugural lecture on December 11, 2003 dealt with this topic.

Wife in Leipzig:  Crister met his wife seven years earlier, while working for a year as a lecturer at the University of Leipzig, he met not only the university, but also his wife Claudia, who studied communication science. With the Leipzig girl he has two daughters, who grew up bilingually; They spoke German with their mother and English with their father. At grammar school, both still learn the French language.

Mother Swedish, father American:  Garrett’s mother moved in 1959 from Sweden to the United States , his father is from Colorado . Crister Garrett studied political science and history at the California University in Los Angeles and then lived in various parts of Europe , including Sweden , France and Belgium .

American Space Leipzig pushed ahead:  Garrett has achieved much in German-American cooperation. Not least of all testifies to the American Space Leipzig , a joint project of US Embassy, US Consulate General and the University, which he has significantly advanced. The Center for German-American Dialogue at the local level, which opened on 3 December 2013, is the only one of its kind in central Germany . Garrett was one of the most sought after experts at the university. He was always available as a conversation partner, if he could set it up somehow, “says the press secretary of the University of Leipzig, Carsten Heckmann .

Mourning also at the faculty: “We mourn the death of Professor Dr. Crister Garrett, “says the homepage of the Faculty of Philology:” Mr. Garrett was Vice Dean of our Faculty and played a major role in shaping the Faculty of Philology. His optimism, his energy and not least his friendly and cheerful nature made him a respected and popular colleague throughout the faculty “, write Dean, Professor Beat Siebenhaar , and many colleagues.
By Anita Kecke