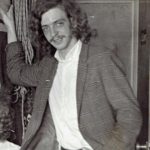 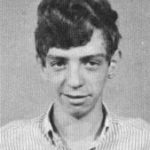 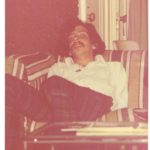 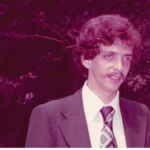 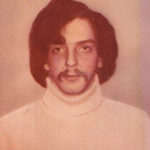 Forty-two years have passed since my brother left this earth. Not only was he my brother, but he was my best friend. Sure, when we were younger we would fight, like most siblings, but he was always there for me.

I remember one weekend during my first few weeks in college, I was homesick. By now I don’t remember why, but I was and I called Tad. I cried and cried telling him how homesick I felt. But being a flighty seventeen year old, I got over it very quickly and by Monday it was far from my memory. That Monday I was walking from the cafeteria to my dorm with my roommate when I saw this guy walking toward me. I commented to my roommate how much the guy looked like my brother. As we drew closer, I realized, it was Tad! He jumped in his car Sunday night in Richmond and drove all night to “rescue” me. That was my brother. It happened to also be the week of my birthday and it happened that my roommate and I shared the same birthday.
So you know who had an awesome celebration that year – yes my roommate and I! Tad was going to make sure baby sister was OK. To really make sure – he drove me back to Arlington to spend my birthday with my family and then bought my ticket to fly back to school.

Although he moved to Syracuse to continue school and I remained in Florida, he was always there for me. Encouraging me when I needed it and cheering me on when good things happened. I only saw him a few more times after that unexpected visit. Two more Christmases and my wedding in 1974.

On Mother’s day, May 11, 1975, my phone rang in the early morning hours. It was my parents with the awful news of by brother being killed in Syracuse. He was a passenger in a car driven by a drunk driver. The young driver survived, but my brother did not. I have to believe Tad’s mission on earth was completed, albeit at the young age of 22. Anyone who knew him knows that he enjoyed life! Maybe sometimes a little too much. The Mekong flowed as did the Singha, not to mention the ganga going up in smoke! Although our time together was very short, I think of him daily. I wish his nephews could have known him. I wish I could discuss politics with him. I wish he was with me during the darkest time of my life. I wish I hadn’t seen my parents so devastated by the loss of their only son. I wish I could remember how tall he was. However, even with all this wishing, I know he walks beside me everyday and his love has kept me strong.