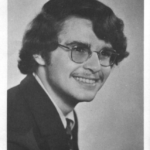 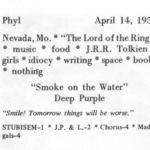 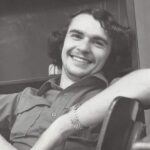 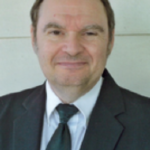 Phil spent his early years in Nevada, MO and Ballard, MO. At the age of 7, Phil traveled with his parents and sister to Thailand to join the mission field. After graduating high school, he attended Southwest Baptist University, where he received a Bachelor of the Arts in History, and met Cathy Coleman. Phil and Cathy married in November of 1978, and had three children—Lori, Eric, and Alicia.

Phil received his Masters of Divinity from Midwestern Baptist Theological Seminary in 1988. His first pastorate was in Eufaula, OK. Over the course of his calling, he pastored churches in Pryor, OK and Adair, OK, eventually settling in Rich Hill, MO. While living in Rich Hill, he has served in the Ministerial Alliance, he has been active in the Community Choir, and performed multiple services in his community. Until his passing, he led the congregation at Faith Community Church of Prairie City. Sharing God’s love was his passion, and he took great pride in teaching others about Him.

Phil was preceded in death by beloved grandparents, and several aunts and uncles.

Phil is survived by his wife of 43 years, Cathy Fox, and his children Lori Fox, Eric Fox and his wife Jessica Fox, and Alicia Fox. His parents, Hubert and Ann Fox, his sister Beth Gregory and her husband Charlie Gregory. His grandchildren, Gabriella Boley, Anthony Boley, Grace Garcia-Fox, Paul Fox, and Liam Fox, as well as numerous nieces, nephews, cousins, and friends.

Funeral Services will be held Monday, February 7, 2022 at 2:00 pm with visitation 1:00 pm until service time. Interment will be in the Reformed Cemetery, Rich Hill. Contributions are suggested to Rich Hill Memorial Library or Kern Center and may be sent in care of Heuser Funeral Home Box 42 Rich Hill, MO 64779.

From the time I met Phil in 1973 I was impressed by his exceptional talent for quirky humor. I never knew him to be unkind or contemptuous. Phil’s humor brought joy and laughter. It also invited insight, transformation, healing. The power of humor is to turn grief, anger, despair or humiliation into hope and expectation.

The profound irony of the crucifixion of Jesus’ is that, by God’s power, the greatest horror took a hilarious twist and became the way of salvation.

May the grace of God that Phil translated abide and grow in us, who know and love him.

As reported by Jane Reed Wilson ’74

Very sad to report that one of our classmates, Philip Fox ‘74, passed away late this afternoon. His wife posted earlier that he was ill and in ICU. Please keep his wife Cathy and their children  and grandchildren in your prayers. His younger sister is Beth Fox Gregory, another ISBer.  I knew them both as Phil and I graduated together. 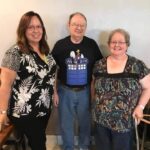