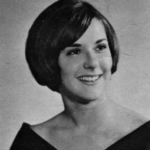 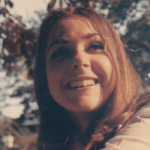 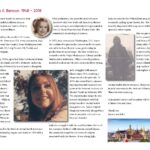 Judy arrived into the world in Ft. Lewis, WA, in 1948. Born as an U.S. Army dependent, Judy lived all around the country, from Washington state, Leavenworth, KS, Long Branch, NJ, Florida and northern Virginia. In the early 1960s, upon her father’s retirement from the Army, the family moved to Djakarta, Indonesia.That tour was followed by several years in Bangkok, Tailand, where she graduated with honors from the International School Bangkok in 1966. She was inducted into the National Honor Society that same year. While in Bangkok, Judy hosted an English language easy-listening music program on a Thai FM radio station for two years.