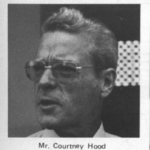 As reported by Harold Albert 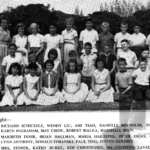 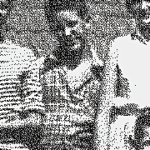 Note: I was unable to locate a good picture for Peter and so I am having to use the group pictures from the 6th grade 1959 Erawan and screen shots from 60 and 61 Erawans.  David Wilkerson

Peter Dilks arrived in Bangkok the same week in March of 1957 as my brother, Geoff, and I. We were staying at the ancient, even then, Park Hotel, the best place a twelve-year-old could be his first month in BKK, and Pete was staying at the hotel next to it — I believe it was called the American Club. Ritchey Steckle and Susan Gowans arrived the same week, if you recall them. Anyway, Geoff and I remained friends with Peter, as he was known then, and shared a number of adventures unique to Bangkok and teenagers. We left in ’60 and Pete’s family remained for many years.

I located Pete on the Internet in ’98 and in ’99 Geoff and I fulfilled a long held desire to do a continental three-sixty on our motorcycles. We left SC on a Saturday and arrived at Pete’s place in Oakland, CA on Friday. As we were getting off our bikes at the base of a retaining wall for Pete’s yard, we heard a voice above say: “The Levy boys, I presume.” We looked up to see Pete sitting in the grass next to three ice-cold Singha beers. We’d planned to stay one night and stayed two. It was as if time had not separated us for 39 years and we planned to get together again soon.

Sadly, Pete’s lovely wife, Patty, called a few months later to say Pete had died instantly after suffering a massive stroke upon completing a jog on his favorite route. 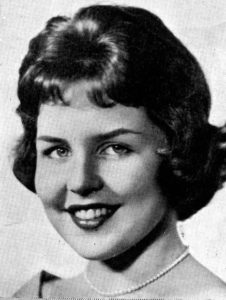 To Whom it May Concern,

I am Suzanne Marston (Borck)’s (class of 1961) son, Jay Borck. I recently received in the mail a request for more information on my Mother.

My Mother passed away January 16, 2000 due to complications from Multiple Sclerosis. She was 56 and is survived by two daughters, Kimberly and Amity, a son Jay, and 8 Grandchildren.

My Mother loved ISB and would talk with us often of her love for Thailand. I would love to visit one day and see where my Mother went to High School. Please keep me informed of Alumnae events of her classmates via this email address or my family’s home mailing address:
jborck333@yahoo.com