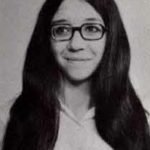 Susan Kelly Watkins, 60, died peacefully, surrounded by her family, on Sunday, March 9, 2014 following a long and courageous battle with cancer. A military wife and daughter, she had been a Hampton resident since 1997. She had a strong Christian faith and was a member of Liberty Baptist Church. She worked for Roberts Oxygen for many years before retiring to care for her parents. Her greatest love was for her family and especially her grandchildren. She is survived by her husband, Lawrence D. Watkins; her parents, Jesse and Cecilia Stroud; her three sons, Brian K. Kelly and wife, Meredith, Paul B. Kelly, James C. Watkins and wife, Amber; her daughters, Andrea N. Strickhouser and husband, Kevin and Nicole D. Kelly; her grandchildren, Alli and Lexi Strickhouser, Lilly Kelly, and Carter Watkins; and many other loving family members and friends. A funeral service will be conducted at 11:00 AM Thursday, March 13, 2014 at Bethel Manor Chapel, 1793 1st Ave., Hampton by Rev. Thomas Bell. The family will receive friends at the chapel immediately after the service. A private interment will be held in Albert G. Horton, Jr. State Veterans’ Cemetery. Arrangements by R. Hayden Smith Funeral Home.