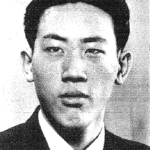 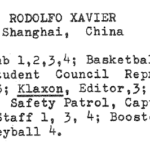 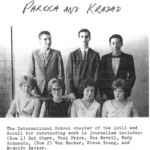 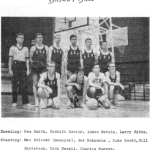 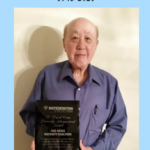 The Coalition provides educational programs and resources to facilitate and advance the efforts of our affiliated organizations in order to promote and advocate for diversity, equity, and inclusion.

AS THE CITY OF SAN LUIS OBISPO’S POLICE DEPARTMENT held a special meeting in mid-July to address hate crimes and hate speech—after a man was arrested for threatening his neighbors—they have a new ally.

The group’s profile has risen dramatically in the two years since the installation of the “Arboring Our Roots of Diversity” sculpture at the Arroyo Grande High School, a project that brought together diverse contributors under an initiative that started out as an anti-bullying program.

The group’s now president, Rudy Xavier, explained at the time how things got started for him joining the group. “Every one of my early formative years through high school were filled with serious prejudice and moderate-to-serious direct injury. I have been shot at, stabbed and suffered many wounds almost exclusively based on racial bigotry,” he wrote, “My friend, former Arroyo Grande City Manager Steve Adams, knew all of these things about me, and when he told me about an organization that sponsored anti-bullying he had me at ‘bullying’… one of our key services is to regularly hire anti-bullying speakers and speak out about micro-aggressions, things like hate speech based on characteristics such as gender, sexual preference, religion, ethnic origin, etc.”

The monument, featuring themes of culture, community, diversity, heritage, education, peace, individuality, and unity, was the culmination of the Arroyo Grande community’s long look in the mirror after a cross burning at the home of a mixed-race family in 2011. it’s a very public statement of community values which students now see on a daily basis.

Though Xavier grew up in a significantly different time and place than the lives led by Central Coast teens—being of Portuguese ancestry in Bangkok, Thailand as it was 60 years ago—he said, he understood the significant emotional events that shape the world view of youth.

As the group’s membership base has expanded, it became clearer that the Five Cities weren’t the only local areas where intolerance has reared its head. Students at Cal Poly have recently dealt with the implications of their peers deciding to dress in what couldbe construed as “Blackface” during fraternity events, holding parties with sexist and misogynistic overtones, and in the previous decade an incident of vandalism in which a noose was found at an outbuilding as well as swastikas appearing on doors.

“We’ve had a lot of requests from San Luis Obispo leadership which indicated we had a broader scope we needed to address,” Xavier said recently as the group arranged to bring a speaker to the San Luis Coastal school district to discuss the Holocaust and elements of religious intolerance.

The group was funding expansion into the San Luis school system with help from an SLO Community Foundation grant, he added. They’re also working on issues affecting the LGBTQ community. Photos of their attendance at the first 5 Cities Hope Pride Festival held at Heritage Park in Arroyo Grande on June 1 are available now at the Coalition’s new website, diversityslo.org.

“Our most recent speaker was Jessica Lynn, who experienced extreme discrimination. As a transgender individual,” Xavier explained, “This would be more than 700 times she’s told her story to an audience but it’s eye-opening as most people have no idea how painful it can be to be born a certain way and to not be accepted by others for who and what you are.”

Anti-bullying, “is still a huge plank for us,” Xavier said, adding that as the group gears up for summer and fall programs, actual membership growth has gone up by nearly a third since the announcement of their expanded coverage area, “but numbers have not been our focus. Our focus is on ‘mindshare’ growth of the mind. That’s the important part of what we’re doing. ”

As the group goes from a finite population base of 47,000 to encompass a region of 286,000 people, Xavier noted, “I’m very proud of our elected leaders. Social justice issues are not partisan.”

Camas Frank has been a San Luis Obispo County print journalist for over a decade. First drawn to the Central Coast for a stint at Cal Poly, he’s focused on community affairs, people and technology. 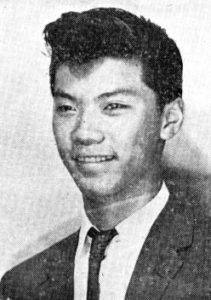 HSIEH, Ke-Yi “Jim”The fourth child of Haoling and Janie Lee born on June 2, 1944 in Chongqing, China, died unexpectedly on January 24, 2008, at home in Franklin, TN. He was a resident of Nashville and Williamson County for over 37 years with deep roots. His friends were everywhere. Jim is preceded in death by his parents; son, Erich R. “Yobi” Hsieh from former wife Barbara Ramsey. He is survived by sons, Brent and Loren Hsieh from first wife Carolyn Hall; sisters, Nancy Kuo of West Lafayette, IN and Lucy Yuan of Palo Alto, CA; brother, Johnny Hsieh of Tucson, AZ. Jim had a successful career as an independent commercial artist and illustrator, and was committed to teaching in Adult Literacy Programs. His joyful response to life through his art, music, humor, love of children, food, and service to others in different stations of life, have touched many and will stay with us. A memorial gathering to celebrate Jim’s life will be 2 p.m., Saturday, February 2, 2008 at St. Bartholomew’s Episcopal Church, 4800 Belmont Park Terrace, Nashville Rev. Randy Hoover-Dempsey officiating. Rev. Will Campbell will provide a remembrance. Bring your families, children, pictures, stories and music. View Jim’s work and life at www.gemihsieh.com.
Seeking Information about Jim Hsieh’s Artwork