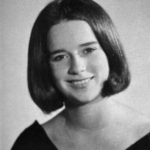 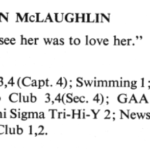 At 67 years old, Maureen passed away on Monday, January 9, 2017 surrounded by her loving family. Born December 18, 1949 in New Orleans to Captain Jack and Marjorie McLaughlin, Maureen lived an adventure filled childhood as a Navy brat with her three sisters, Patricia, Shawn and Mary Ellen. Maureen graduated from the International School of Bangkok in 1967 and briefly attended Marymount University. During her first year in college, she met the love of her life, Joseph Guignon, and together they continued their adventures around the world. Living in Germany, Egypt, Indonesia, Saudi Arabia, and many states around the United States, Maureen and Joe raised their three children in a warm and loving home. Maureen was extremely proud of her children, and her children will profoundly feel her loss. In 2011, Maureen was diagnosed with Alzheimer’s disease and participated in several drug trials in order to help future generations. After her diagnosis, Maureen and Joe continued their adventures, but closer to home, by volunteering for Honor Flight receptions, swimming, walking, and spending time with family. Maureen and Joe celebrated their 48th wedding anniversary on December 22, 2016 in Fairfax, Virginia with their children.

Maureen graduated from George Mason University, with her Bachelor’s, Master’s, and PhD degrees in Art History. Maureen taught at GMU as an Art History interim professor from 2000 to 2014. Maureen is survived by her devoted husband, Joe; children, Aimee, Shannon and Blythe; and three sisters, Patty, Shawn and Mary Ellen Reutinger (David).

A memorial service will be held at St. Leo’s Catholic Church on Monday, January 16, 2017 at 1 p.m., followed by a Celebration of Life at the Army Navy Club, Fairfax, Virginia.