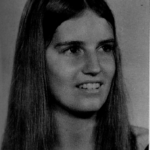 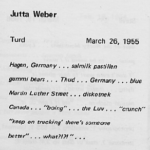 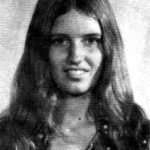 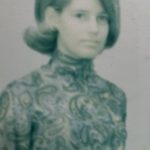 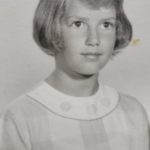 I just wanted to let you know that I was her friend and think of her often, as well as the three people that perished with her. Had it not been for my sister Kendra I would have gone with her and Naldo and the brother and sister who died with her. There but for the grace of God go I. She is not forgotten even after 40 years.

I asked Gareth if he knew the names of the three other people that died in the wreck.

Mike and Christine Anderson were their names I think, they were brother and sister. Naldo was Brazilian or Portuguese. He was cremated 2-3 days later in Bangkok at a buddhist temple. I stood with his mother and father as the pyre burned. I can still smell the incense, the sickly sweet flowers everywhere and the smoke.
Gareth W. Jackson