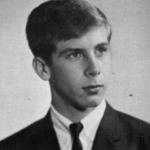 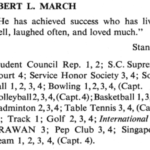 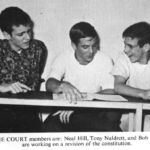 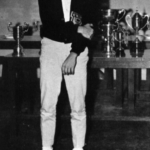 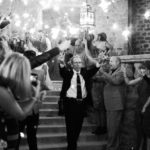 Bob (Chuttee) was born on April 12, 1949 in Urbana, Illinois to Robert Lee March, Jr. and Janet Louise Searles March. He passed away at home in Wheat Ridge, CO on Sunday, November 11, 2018 after several years of struggling with COPD. In 2006, he survived a battle with stage 4 throat cancer, and was acutely grateful for the life he enjoyed subsequent to that time.

Following, in his own words, is his obituary.

I lived in the South Chicago/North Indiana area until age 7. At that time, my father, an accountant and tax specialist took a job as a consultant with Public Administration Services. This was a consulting firm that, through contracts under the auspices of the United States agency for International Development, provided technical assistance to foreign government services. This job would lead the family on a journey through the world to over 25 countries spanning the next 15 years. So, from age 7 to 18, I lived with my parents and my sister, Meredith in Burma (now called Myanmar) from 1956-1959, in Afghanistan from 1959-1962, and Thailand from 1963-1969. I attended British and International schools during those years and was a 1967 graduate of the International School of Bangkok (ISB). My younger brother, Jonathan, was born in 1961 while we were living in Afghanistan.

Leaving my family, who would stay in Thailand until 1969, I returned to the U.S. to attend Rockford College in Illinois. The time from 1967-1972 was a period of great personal, as well as global, disruption with the year 1968 being particularly difficult. Coming back to the United States in 1967, after being overseas for the majority of eleven years, was a very difficult personal adjustment. The course of my life and world events would converge to form a personal path in the summer 1968. It started with the assassination of Reverend Martin Luther King Jr on April 4, 1968. His death set off rifts and destruction in cities across the country. With this as a backdrop, I left the U.S. in the middle of May that year to return to Bangkok to visit my family over the summer. Returning to Bangkok was a real revelation as the Tet Offensive was in full swing. There were over 16,000 American deaths that year and was the deadliest of the Vietnam War. It was apparent in the year I had been away that the situation had changed for the worse. If that weren’t bad enough, news came that Robert F Kennedy had been assassinated on June 6, 1968. That hit me very hard because I had volunteered for his campaign in Indiana. He won that primary and gained momentum going into California. I was never involved in a political campaign again and maintained my unaffiliated status for the rest of my life. Later that summer, I left Bangkok with two friends to return to the U.S. via Europe. We went to Frankfurt, Germany to meet an old high school friend. While we were there, the Russians invaded Czechoslovakia on August 20, 1968. All military personnel were placed on high alert and I quickly left to return to the U.S. I went to Hammond, Indiana, where my maternal grandparents lived in preparation to return to Rockford College for my second year. That year, the Democratic National Convention was held in Chicago from August 26 to August 29, 1968. There were riots and total chaos in the streets. I was not directly involved in the riots but those events deeply effected me. In early September, I returned to school for my sophomore year. At the end of the fall semester, I had failed out of school due to poor grades.

This was clearly the low point in my life. However, out of this wreckage came two events that would change my life for the better for the rest of my life. The first was the discovery of psychology as a course of study and a career. The second was meeting Christine “Sina” Seehausen and marrying on August 21, 1971.

After flunking out of Rockford College, I enrolled in a community college and got my grades up to the point to where I was able to return to Rockford College and finally graduate in 1972. I had changed my major from political science to psychology and got a job on a psychiatric unit as a psych technician at Swedish American Hospital in Rockford, Illinois. Working with the confusion in my own mind and working with other people in extreme states of mind and emotional trauma, I found I had an ability and a degree of comfort for working with people diagnosed with severe and persistent mental illness. I had never considered psychology as a field of study or a career prior to this time but found I had a passion and great curiosity for understanding human behavior and emotions. After earning my BA in psychology from Rockford College, I set out on a course of discovery and a career of 43 years in the field of community mental health. I subsequently earned my MA degree in mental health administration from National Graduate University in Washington D.C., and my doctorate in psychology from the University of Northern Colorado in Greeley, Colorado. I worked in both private and public settings in Illinois, Washington D.C. and Colorado. While in Washington D.C., I interned at St. Elizabeth’s Hospital, which is the first federally operated psychiatric institute in the country. I spent 38 years working in the Colorado mental health system, 5 years at Southwest Denver Community Mental Health Center and 33 years at the Mental Health Center of Boulder and Broomfield counties. I developed expertise working with clients and their families who suffered from severe and persistent mental illness. I also developed a group therapy program for men who were court mandated to treatment due to wife abuse. Over a period of 22 years, I came to believe that assaulting one’s significant other is the most insidious form of terrorism. To summarize my career in community mental health; I did what I loved to do with people, both staff and clients, whom I loved.

The second event that changed the course of my life was meeting and marrying a fellow classmate at Rockford College, Christine “Sina” Seehausen. We married on August 21, 1971 in her hometown of Oxford, N.Y. After our graduation in 1972, we moved to Colorado which would become our home for the next 41 years (with the exception of two years spent in Washington D.C.) Sina and I had two children, Emily and Robert IV. She was a fantastic mother in addition to having a 36-year career with the phone company. She started in the 1974 at Mountain Bell, through US West and on to Qwest. She survived all the corporate transitions and, as I like to say, “She went from the mailroom to the corporate suites” on the 50th floor of the Qwest building at 1801 California St., Denver. Sina earned degrees in fine arts and interior design and is a fantastic painter. She comes from a family of talented artisans, and upon her retirement from the corporate world, she has dedicated herself to her craft which has earned her recognitions and awards in the mountain west. As talented as she is, she is a better person. I am forever grateful for the love and dedication to family she displayed throughout her life. I can’t imagine what my life would have been without her and I am eternally grateful that she never gave up on me and cared for me to the very end.

It all starts with parents, and I had the best. Along with my beloved sister, Meredith, my brother, Jonathon, and my grandparents, I was blessed with great friendships and relationships throughout my life. Music was always important to me. I attended the Woodstock festival, and many other concerts, and enjoyed playing music with my friends. Sports were also an important part of my life. I was a multi sport athlete in high school and played college baseball for one year. Golf was a life long pursuit that I enjoyed. I followed all the major sports and was an avid Broncos, Rockies and Nuggets fan. I had a lifelong interest in International Relations Theory and American Foreign Policy and spent the last 5 years of my life attempting to write and gain a deeper understanding of the subject. I love Colorado and was grateful to have found a home after wandering the world in my youth. I leave with the knowledge that I fully explored the inner and outer world.