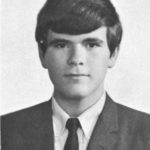 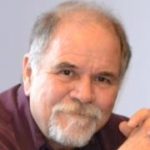 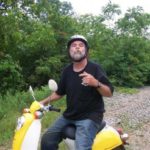 John was visiting his brother, James ’68 in Mississippi on his way home from his Dad’s funeral in Louisiana. John’s wife is Babette Trout Dammon, ’72.

John and Babette both served on the ISBN board for a number of years. John was the ISB Network’s first treasurer after incorporation. He not only took us to a good place financially, but also started our official database. John brought to the board common sense financial knowledge, and leadership.  Having John on the board was one of the best things to happen to the ISBN.

Ironically, John and Babette both worked for Blue Cross and Blue Shield in the DC area, and worked in the same building. They never met in Thailand, nor the states, until the 1988 ISB Network reunion in Boston. John had recently divorced, and his brother James encouraged him go to the reunion. He and Babette met and the rest is history. They were married a year later on August, 12 1989.

After leaving the board, John remained a strong supporter of the ISB Network and maintained his membership from the 1980s until his death. Lasting friendships that John started at ISB were strengthened during the reunions and endured until the day he died.

A service was held February 6th in Mississippi where he was cremated. There will be another service held on Friday February 17, in Annapolis, MD.

He will be missed by all who knew him.

We extend our condolences to Babette, Jamo, Lee and Samm with love and appreciation.