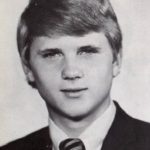 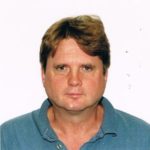 Michael Andrew Jepsen, age 66, passed away at his home in Boise, Idaho, on 23 July 2018. He was born 6 July 1952 in Beirut, Lebanon, the youngest of six children of Darwin Howard Jepsen and Lola Erma Christensen.

Mike loved to be seated at his drum set, with a pair of drumsticks in his hands – that’s when he came alive. In casual conversation, he would often pick up on something a person said and immediately relate it to a song. He had a love affair with music throughout his life, playing with various groups, working a few years with Bonneville Productions as a recording engineer, and general partner with Light Productions in Salt Lake City.

In the years after his graduation from the International School of Bangkok in Thailand, he attended Brigham Young University in Provo, Utah; and, Howard Community College in Columbia, Maryland. His passport served him well as he lived in Lebanon, Ethiopia, Panama, and Thailand.

He married Jan Bowman in 1976, and they later divorced. He then married Anita Lindberg, and stepped in to be a father figure to the Fierro children Emily, Chris, Jesse, and John. Emily said of him, “Mike came into our family’s life right when we needed him the most. Not only was he an incredible step-dad, but he was also a very proud father, grandfather, talented musician, deep thinker and a truly genuine friend. His memory will be sustained by so many of his friends and family who loved him deeply.”

He and Anita produced the love of his life, daughter Alexandra Michel Jepsen, and he experienced the thrill of watching her grow, marry Josh Ellerman, and have children of their own, Winnie and Wolfie. After he and Anita divorced, he moved to Maryland where he reconnected with and married a life-long friend and fellow musician Terry Rogers. He found joy in helping with her boys Jay and Alex, and enjoyed many years working with them in the Boy Scouts of America. He and Terry loved getting together with old friends at the ISB (International School Bangkok) reunions.

In 2010 he moved to Boise, where he lived with his mother and assisted in her care until she passed away. He will be missed by his siblings: Terry Nelson (Zane), Kerry Butler (David), Darwin Lee Jepsen (Sally), Keith Jepsen (Janet), Karl Jepsen (Ann). He is survived by his daughter Alex and spouse Josh Ellerman and their children, step-children, and friends he made over the years.

We extend our heartfelt thanks to Tara Brumpton of Boise Family Medicine; she truly cared about him as she helped him deal with various health challenges.

A family graveside service will be held 4 August 2018 in Wendell, Idaho, where he will be buried close to his parents and extended family members.