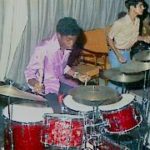 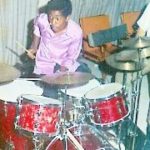 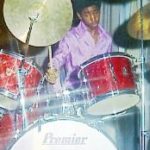 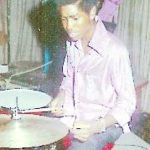 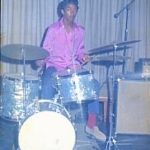 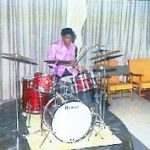 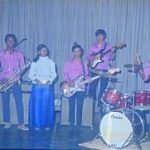 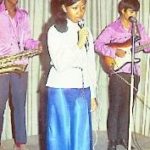 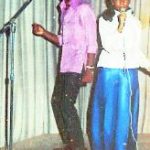 The above pictures were submitted by Bill Jadwin 71′.

by Steve Mayes, The Oregonian

OREGON CITY – A Clackamas County jury convicted Wendell Kenneth Tate today in the revenge killing of a 55-year-old man who had an affair with Tate’s wife.

Jurors deliberated six days before returning their verdict — guilty of aggravated murder, murder and burglary in the first degree. Tate faces at least 30 years in prison and could receive the death penalty. The sentencing phase of the case starts Thursday and will take about five days.

Prosecutors said Tate, 40, of Portland staked out the Wilsonville home of his victim, Ricardo Stokes in April 2007.

Russell Stokes, the victim’s brother, said Tate deserves the death penalty. “I’m pleased with the verdict (but) … it was a hollow victory,” he said.

If Ricardo Stokes were alive, he would have seen his 22-year-old daughter, Ricara, graduate from Seattle University on Saturday.

An acquaintance of Stokes who went to the murder scene told investigators that Stokes feared that Tate might try to harm him.

On the night of April 28, Tate drove to Stokes’ house on Southwest Essex Court and entered through a patio door. He went to the bedroom, where he started hitting Stokes with a weapon that investigators never identified or recovered.

Stunned and bloody, Stokes stumbled from bedroom to hallway to bathroom trying to escape, Amos said. “This was a very personal attack against someone who had something against Mr. Stokes.”

Stokes, mortally wounded, struggled to a neighbor’s house, where he tried to identify his killer. He uttered the letters T and A with his last breath, Amos said.

William D. Falls, one of Tate’s attorneys, said police had made several errors during the investigation and that DNA evidence was not conclusive.

Prosecutors conceded that detectives made minor errors during the investigation but said they were not significant. They said Stokes feared Tate and talked about getting a restraining order again.

OREGON CITY, Ore. – A Portland man charged in a weekend murder in Wilsonville made his first court appearance on Monday.

Wendell Tate did not say much and his family did not want to say anything either after his arraignment.

The 38-year-old northeast Portland man faces one count of Aggravated Murder, one count of Murder and a burglary charge.

Tate is accused of beating and stabbing 51-year-old Ricardo Stokes inside the man’s Wilsonville home late Saturday night. Stokes stumbled to a neighbor’s home after the attack, but later died.

Stoke’s ex-wife said he will be missed, especially by his children.

“He loves his children,” Cynthia Stokes said. “They’re there on a regular basis. He was at his son’s lacrosse game on Thursday night and saw him play the best lacrosse game to date. He had dinner with his daughter a week ago Sunday.”

Investigators believe Ricardo Stokes had some sort of relationship with Wendell Tate’s wife, who worked with Cynthia Stokes, but whether that had anything to do with the killing is still to be determined.

Tate was ordered held without bail and is scheduled to appear in court again on May 7.

Meanwhile, detectives spent the day at the crime scene in Wilsonville gathering evidence.

Ricardo C. Stokes was taking steps to start a new life. He’d quit his job as manager of a furniture store in Tigard. His home at 6564 S.W. Essex Court in Wilsonville, where he lived alone, was on the market. The long-divorced father of two adult children, ages 18 and 21, was even talking about going into business for himself. “His passion was either to start his own furniture company, which he’d done in the past, or flip houses,” his next door neighbor to the south, Andy Bennett, said. But Stokes’s dreams, and his life, came to a tragic end early Sunday morning. Police and medical personnel were summoned to his home, in the Arbor Trail at Landover subdivision, just after midnight. They found him on the front porch of his immediate neighbor to the north. He was apparently trying to get help – but paramedics weren’t able to save him. According to medical examiners, an autopsy determined that Stokes died of blunt and sharp force trauma. “He attempted to seek refuge there and medical assistance, and he died there on the neighbor’s front porch,” CCSO spokesman Det. Jim Strovink said. “Investigators discovered they had what appeared to be a very violent crime scene. It appears the victim provided a very good struggle.” The crime scene, consisting of the two houses, was described as “large” and “bloody.” At around 8 a.m. Sunday, police questioned and then arrested Wendell Kenneth Tate, 38, of Northeast Portland, at his home. Tate was lodged with no bail in the Clackamas County Jail, initially on one count of murder. Later the charges were expanded to include one count of aggravated murder and one count of burglary as well. An aggravated murder conviction carries three possible sentences: life in prison with a 30-year minimum, life with no possibility of parole, or death by lethal injection. According to Strovink, police determined early on that there was a link between Stokes and Tate’s wife. “We have that triangular type of relationship that existed,” Strovink said. “Everyone is identified in that respect. We don’t have some violent stranger roaming through Wilsonville.” Authorities got a warrant and searched Tate’s home on 58th Avenue near Sandy Boulevard in Northeast Portland later Sunday morning. The investigation continues. Those with information pertaining to this crime may call the CCSO Tip Line, 503-723-4949. Tate was arraigned in Clackamas County Circuit Court on Monday afternoon via video link from the county jail. Tate spoke only to acknowledge his name. He was seen wearing a padded blue suicide-prevention smock, which is mandatory per jail policy for at least the 48 hours in custody when the inmate is facing serious charges such as murder, jail commander Capt. Don Howard said. Judge Jeffrey S. Jones presided over the one-minute hearing. He scheduled a preliminary hearing for May 7 and told Tate, “You will be held in custody without bail.” Daniel Woram, a court-appointed criminal defense attorney from Oregon City, is representing Tate.

The Clackamas County Major Crimes Unit and the Oregon State Police Crime Lab remained on the scene Sunday morning and afternoon, conducting their investigation. Police from Canby and Portland assisted. The cul-de-sac was cordoned off with yellow crime scene tape. Neighbors were informed of the crime early Sunday morning. “The shock of the neighbors in this quiet community, it’s very disturbing to them,” Strovink said. The victim’s former wife, Cynthia Stokes, and their daughter visited the crime scene at midday Sunday. Cynthia Stokes didn’t speak then, but did talk to the media briefly following Tate’s arraignment. “It was an unfortunate event,” she said. “He was a loving father. By the grace of God go we. This is truly an opportunity to express more love out of an event that is tearful.” She said that she and Ricardo kept in touch and he saw their children regularly. “It (the couple’s split) was amicable for the most part,” she added. “He will be missed,” she said, “especially at those future events we would have had as a blended family. “Lots of people in the community have shown love to my children,” she added. Former Wilsonville resident Rick Noonan, who moved to Georgia four years ago, used to live next door to Stokes. They were friends and so were their children. Both families moved into the cul-de-sac when the homes were first built, back in 1996. They stayed in touch after the Noonans moved away. “He was just a very hard-working, disciplined guy who was very loving and very caring,” he said. “He had a pride of ownership around his house, and he was a good neighbor to have.” Noonan remembered working with Stokes on various projects around their yards. “He was naturally fit and very strong,” Noonan said. Bennett said he talked to Stokes twice on Saturday, less than a day before Stokes was killed. “He was out on the driveway with a friend of his,” he said. Noonan said it was shocking to realize that his friend is gone. “You just don’t think of these things happening to someone close to you,” he said. “It’s always someone else in a far away place.”

The murder was the second incident of homicidal violence in just over a year in Wilsonville. Last April, police found the bodies of Timmie O’Neil and Craig Stumpf in their Charbonneau residence. Joseph Ray O’Neil is in the Clackamas County Jail awaiting trail for their murders. Prior to that, one would have to go back 15 years for the last homicide in Wilsonville. Lisa Flormoe of Eugene was killed in a Charbonneau home by Todd Davilla, who was then a Canby High School student living nearby. Davilla is in the Clackamas County Jail awaiting a resentencing after serving the last 15 years in prison for the crime.

Stokes, 55, died April 29 of homicidal violence near his home in Wilsonville.

The service was moved to a larger facility to accommodate an expected larger crowd. The Wilsonville High School choir — which includes Stokes’s son, Remington — is scheduled to perform at the service.

Mr. Stokes was born Dec. 13, 1951 in New York City. He graduated from high school and worked in sales. He resided in Mt. Holly, N.J.; Spokane, Wash.; and Wilsonville.

A memorial fund has been set up at Washington Mutual Bank for the Stokes children.