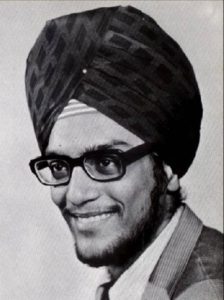 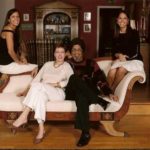 This is a brief summary of Nick’s life after ISB.

Nick left BKK to go to Fresno State University. A year later when then Governor Ronald Reagan raised tuition for foreign students he left California for Houston, Texas to attend University of Houston. He graduated in 1975 with a degree in business. In 1979, we married in Houston and lived here until his death. We have 2 daughters. We have our own business which designed and imported our own label of clothing called Casey Coleman. The clothes were manufactured in BKK and India.

The entire family would visit BKK every summer for business and pleasure. Nick’s family still lives in BKK and was also involved in the production of Casey Coleman. Every year as a family we traveled to a new destination in Asia and Europe which Nick and I really loved to do. We were able to create so many memories with our girls.

In 1999, while traveling in Australia, Nick began noticing sinus congestion that continually worsened. By December, he was diagnosed with a rare sinus nasal cancer. He went for treatment here at M. D. Anderson hospital in Houston. The treatments were able to help him live with cancer for 6 years. During those years when he was well we continued to work and travel as a family like in past years. Nick kept up with circle of friends that he met while at U of H as well as many other friends from around the globe. He believed he was a citizen of the world.

The girls and I have been able to keep our yearly travel plans that remind us of our family adventures with Nick.